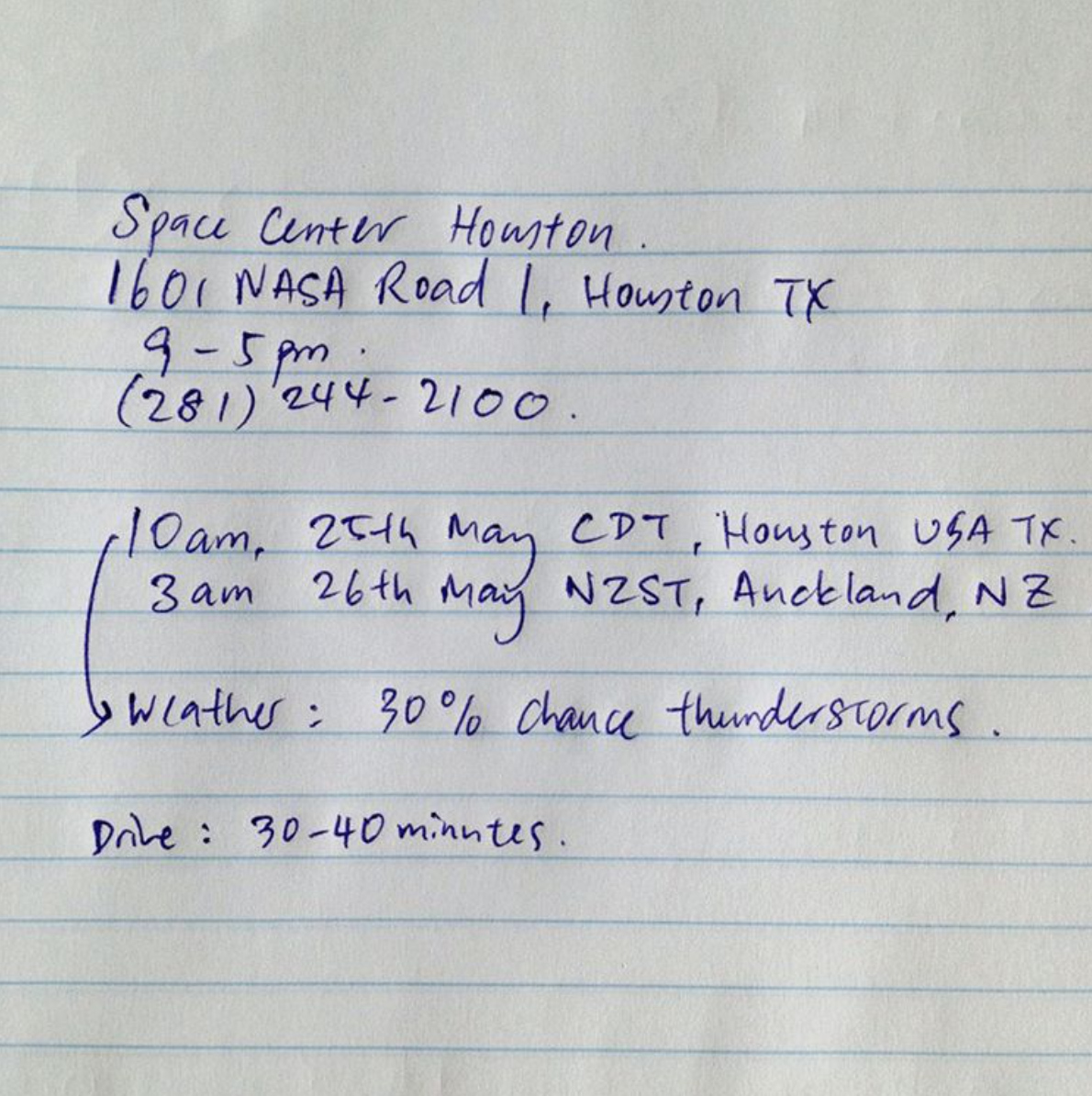 For the 2016 #AklArtFair Projects (Pacific Real Time), I’ll be headed to NASA’s Lyndon B. Johnson Space Center in Houston and posting to Instagram from there. For you early birds in Auckland, see if you can catch me while I’m still there! (4pm CDT will be 9am NZST)

To enquire about these works, please go to Melanie Roger Gallery (opens link in a new tab/window)

The Strangeness of Words (Installation view)

Images of the opening here. (opens in new tab/window)

To listen to a recording of the artist talk, please click here. 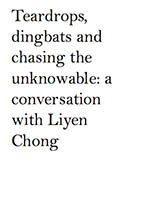 Published in conjunction with the exhibition Practicing Colour held at Melanie Roger in October 2015.
A conversation with Li-Ming Hu, fellow artist and collaborator on the works presented in this exhibition and Chong’s time at Cemeti Art House in Indonesia as an Asia New Zealand artist-in-residence.

Teardrops, dingbats and chasing the unknowable - a conversation with Liyen Chong

Made with generous support from Asia New Zealand

(and fragments found on the forest floor of disquietude)

A selection of works included in this solo survey show:

Icons for observing points of the mind

You would, wouldn’t you? (For Ms AJ who remembers every minute of her life)

The economic interpretation of history is for the birds

They are usually flying.

They are usually wearing white.

Oh now, really? Well, so long and thanks for all the fish!

Bling Master and the Pink Bananas

Demeter’s man disappearing under a fog of spots

Enough with the irrelevant information, the point is now here

If only windows could roll too!

A cloud to think about.

Measured response to: “This little fellow is quite content to be held up for inspection…”

Aye, she’s beautiful, isn’t she? (the Sublime Monster sings the Song of the Universe)

The economic interpretation of history is for the birds

Now they make us plough the ground for sense

“Let us begin time” said the Old Man as he sped from darkness to light (with Age, Fertility, Death and Binary Systems)

They are usually flying.

They are usually wearing white.

Icons for observing points of the mind

Feeling ahead – peering into a dark hole

Phases of Identification with such things as Nouns

Invocation from where no centre can hold

exhibited in Melanie Roger Gallery and Page Blackie Gallery in 2012

The Eternal Stag don’t count Time as a friend

Sometimes words get in the way

Entering or Exiting, coming or going one wonders about the March of Time

Contemplating the eternal mind of Memory without the Body

Approaching with recklessness, drawing from the hilt with supernovas

A Conflation of Fiction and Reality with a Switched On negation

Crinicultural Anxiety: An unsure fare-ye-well for the music of hair

The Eclipsing of Manners by a multitude of Retina Collapsing Patches

The Black Sunset wishes the Harlequin trade upon a Yellow room

Structural Constellations on the surface of a Neuro-Kinetic statement

Circles and Cycles make statistical claims and marks upon the Body

Interrupted Passageways through following an émigré

Exhibition catalogue with essay by Victoria Wynne-Jones can be downloaded here.

Time Space & the Infinity Continuum I

Style is a mind state with a particular flavour

a selection of works completed at the McCahon House Artist’s Residency.

The crescent moon appears behind a sherbert green eclipse